​​ We are excited that our Eleanor is expecting a litter in early July 2020 with CH A&J's Topper's Dash after Dude (Dash). Hoping for beautiful brindle babies.


We suffered an unimaginable tragedy when we lost our beautiful Stella and all eleven of her puppies, just a week before her due date in July 2018. Breeding bulldogs is never easy. It is a labor of love and sometimes loss, but we have never experienced anything like this before. It is truly heartbreaking. 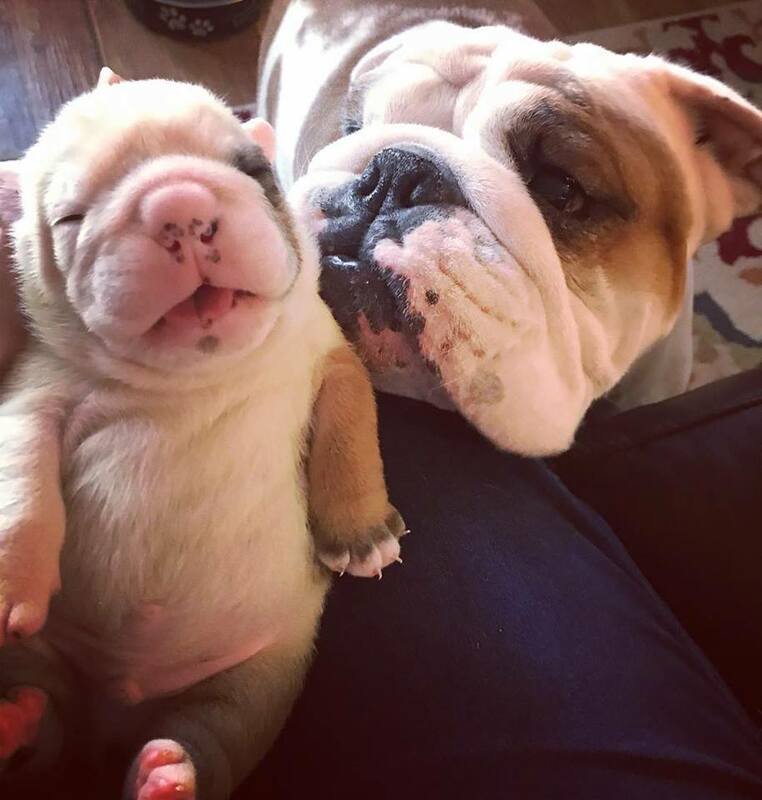 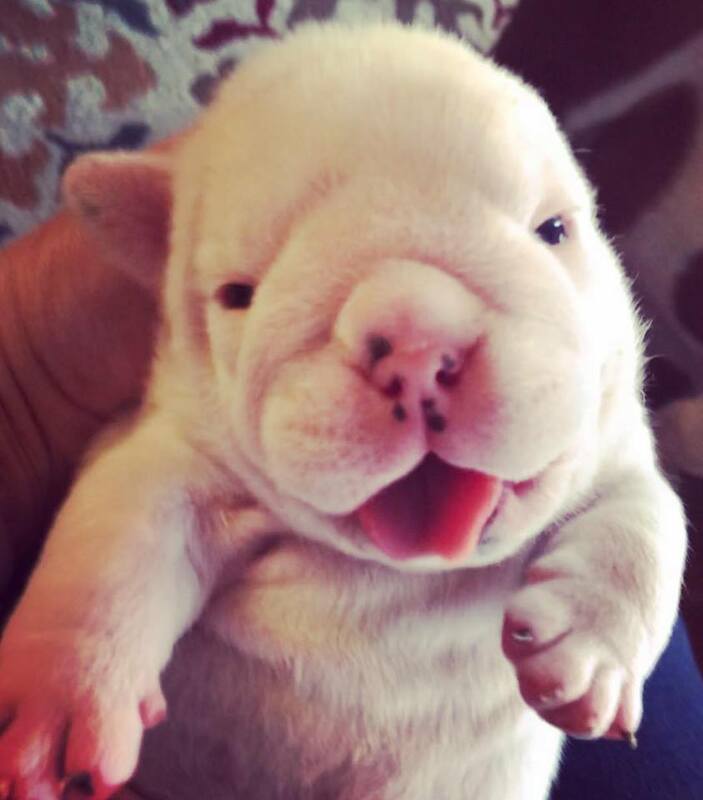 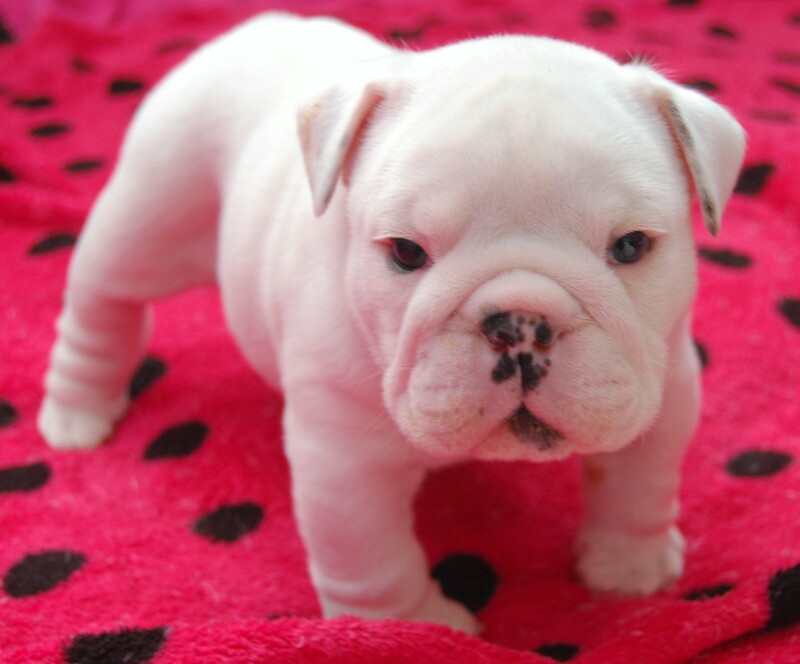 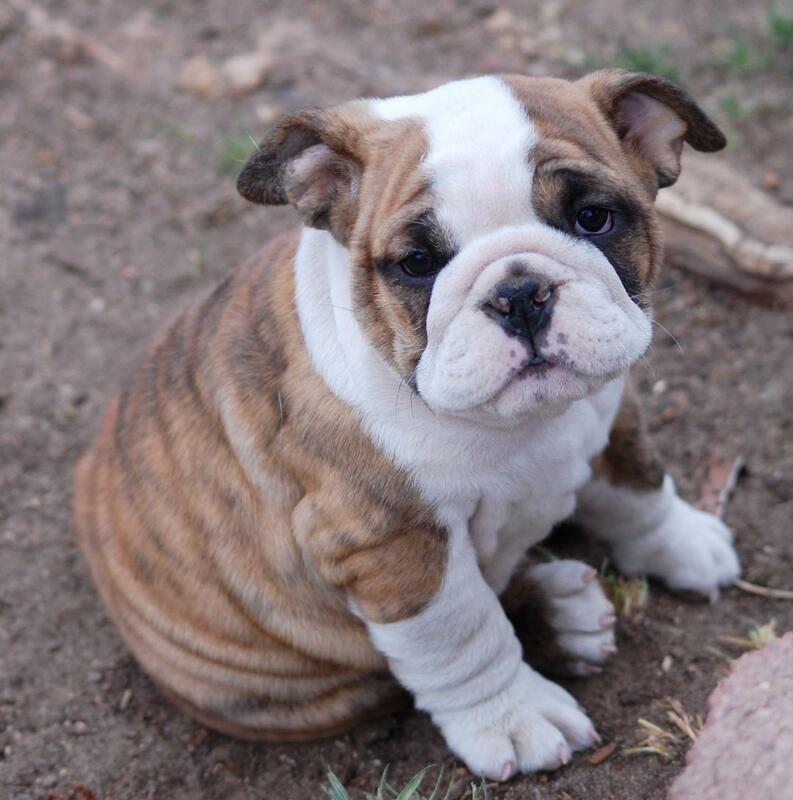 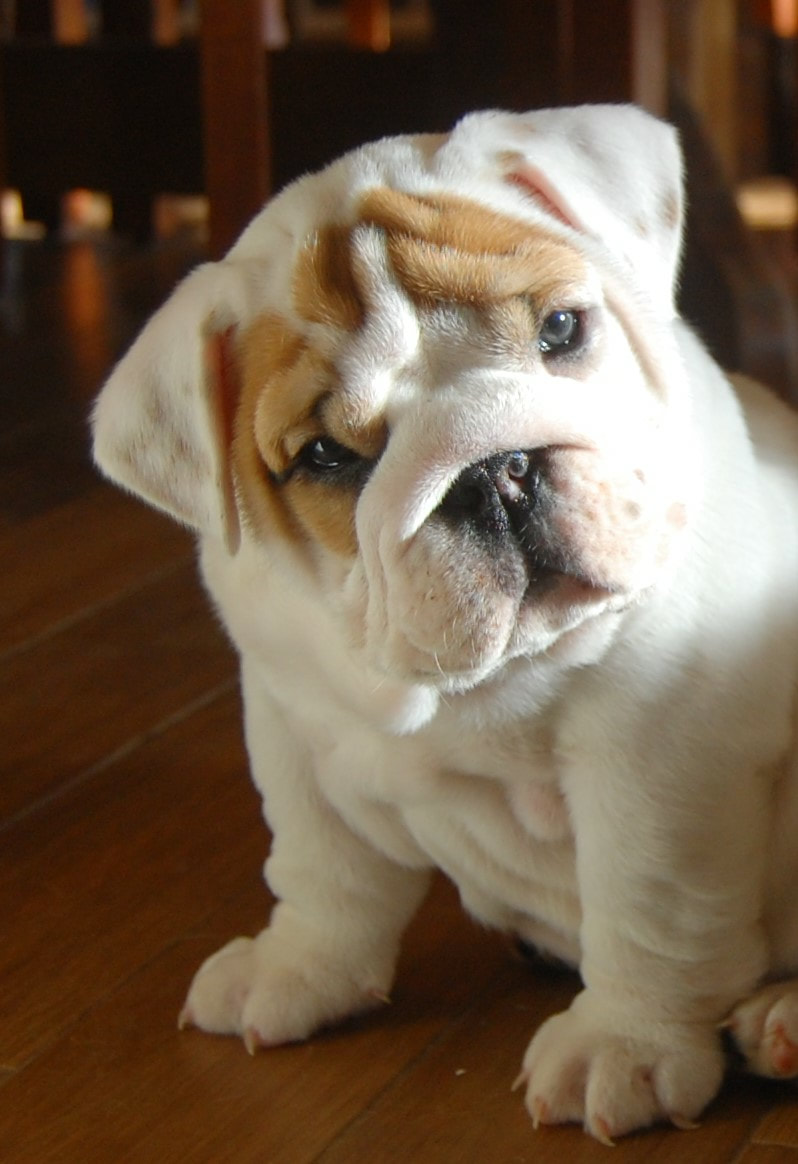 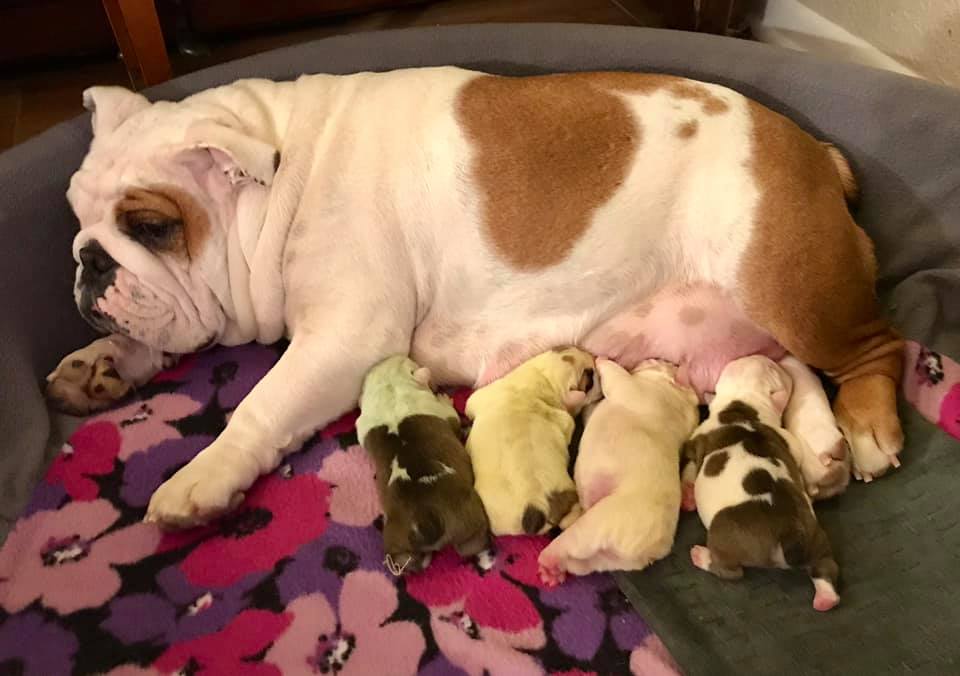 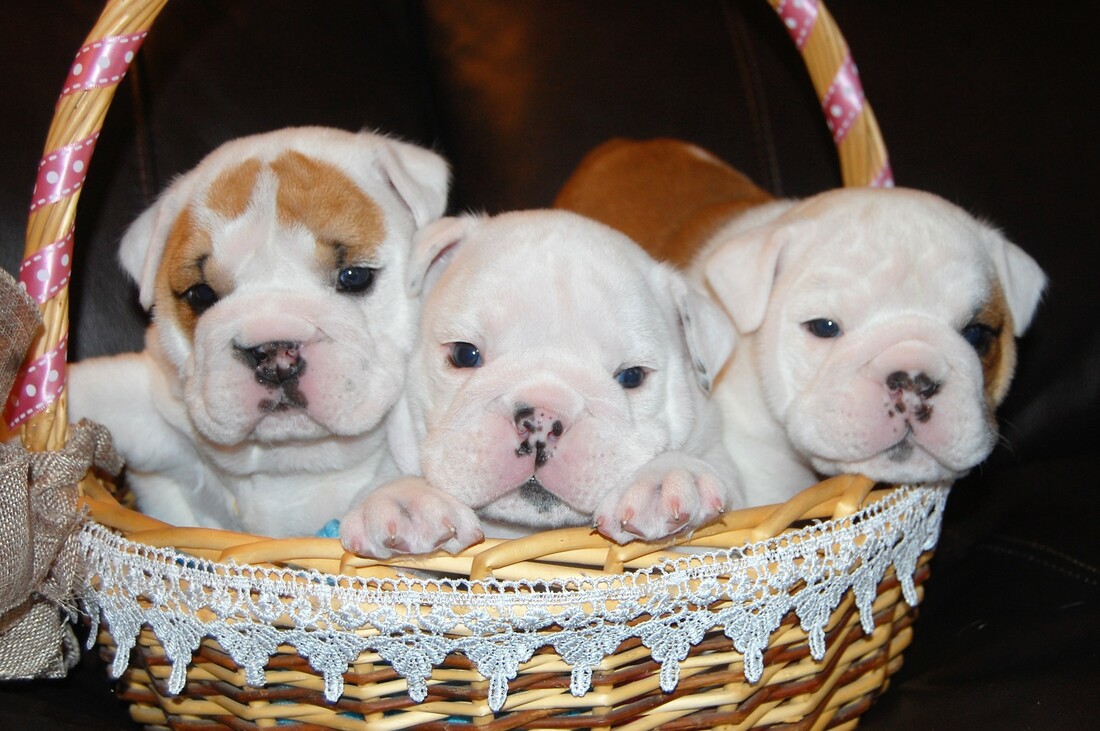 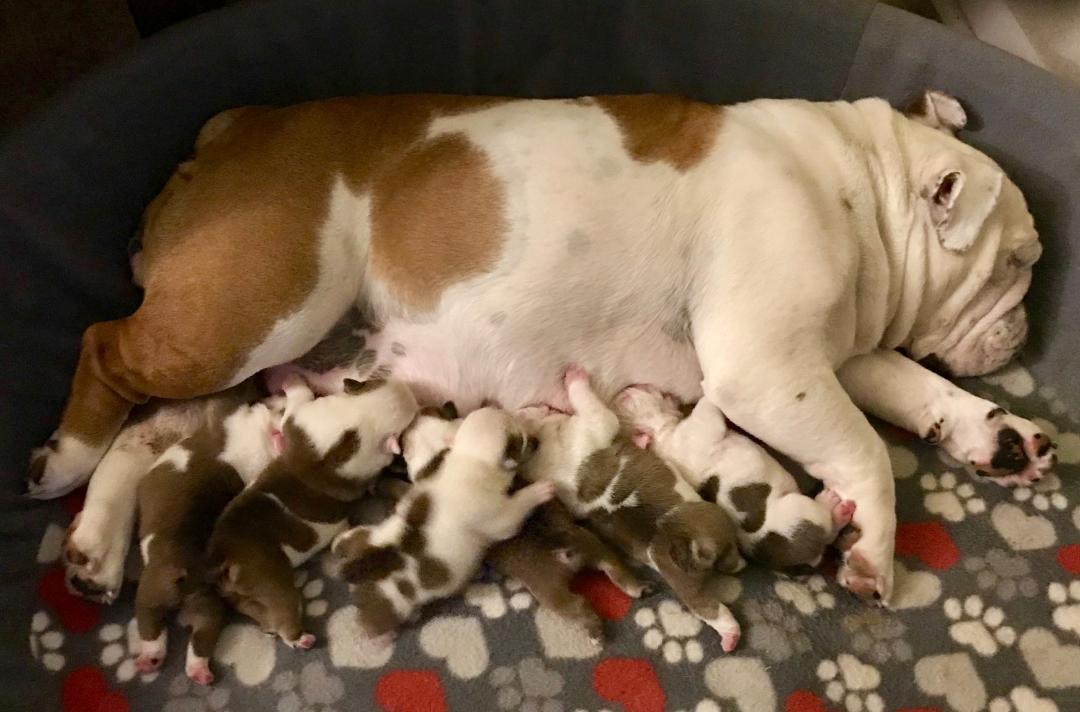 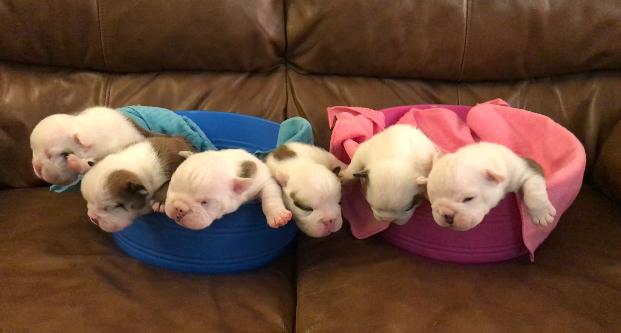 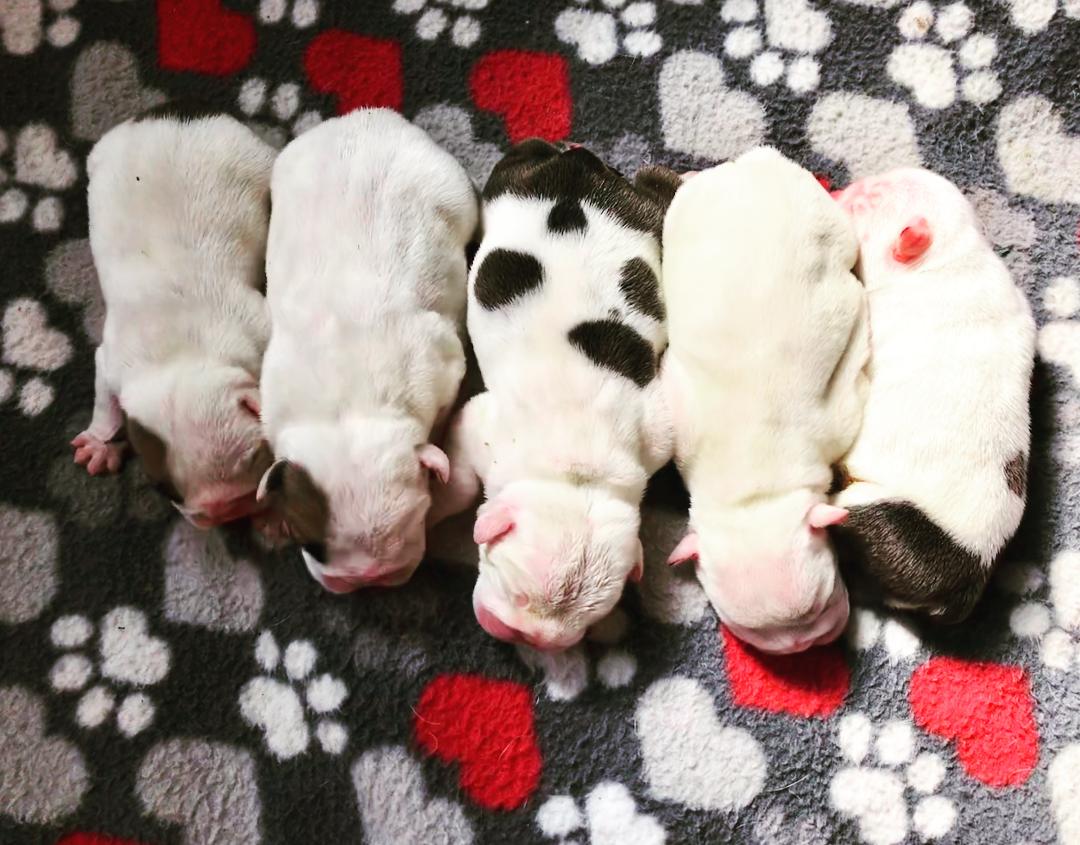 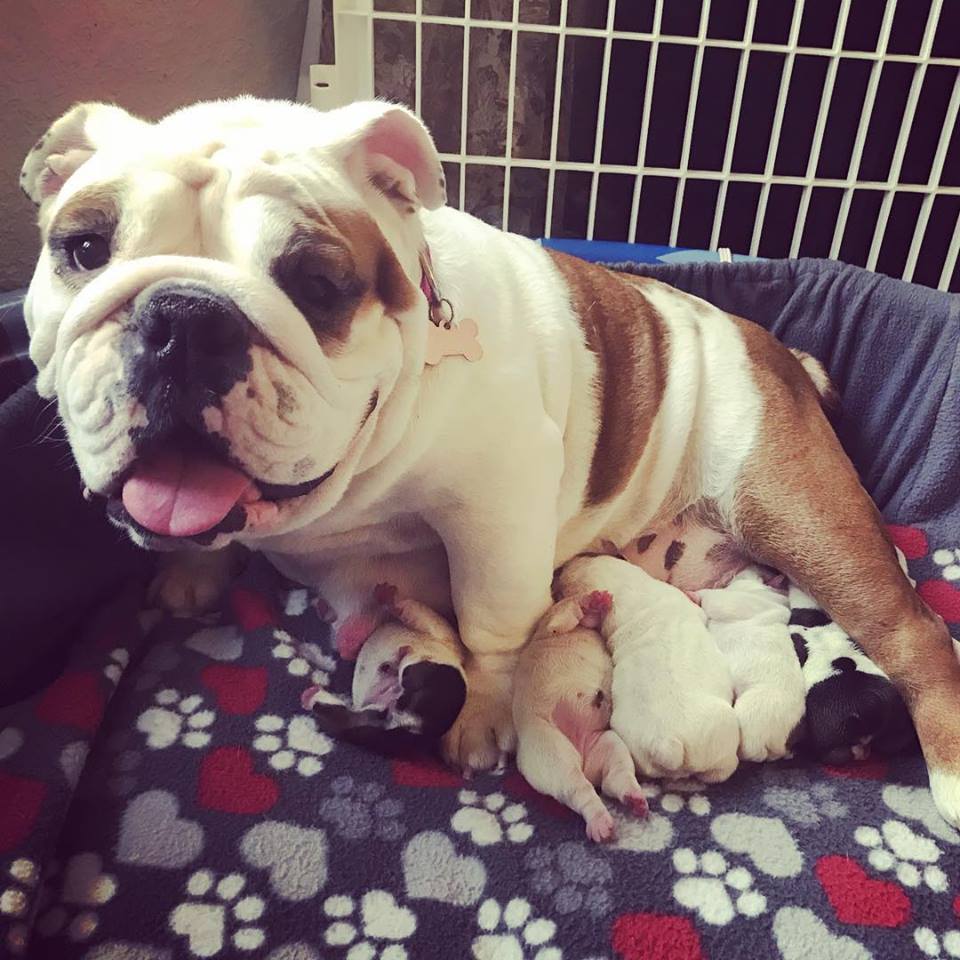 Mavis and her five puppies 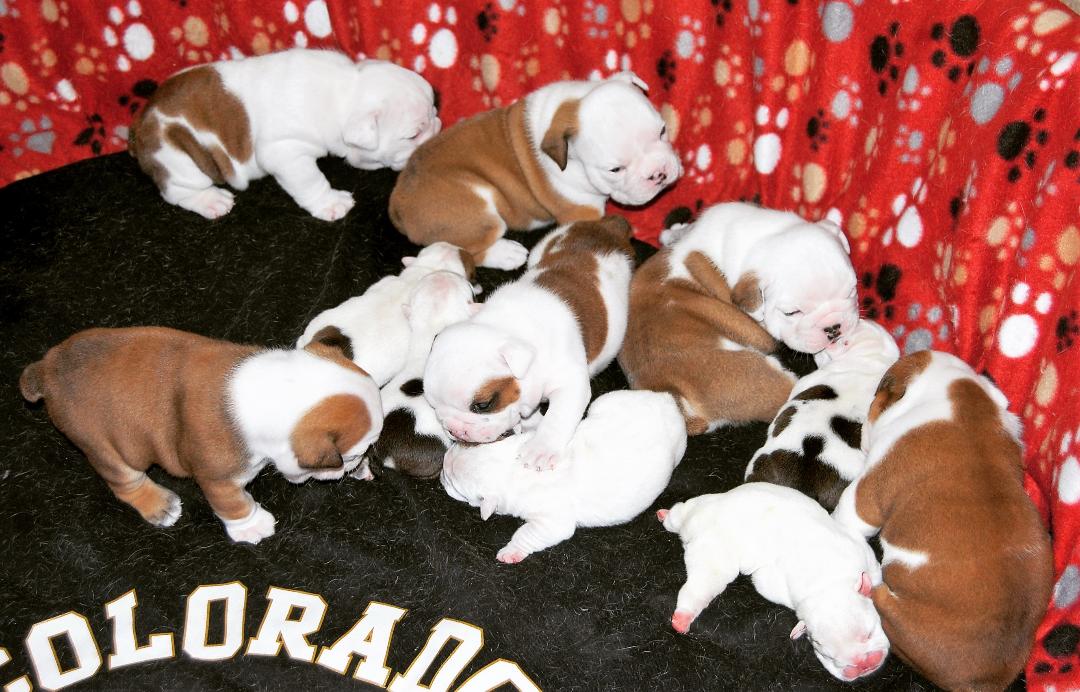 Ruby and Mavis litters get acquainted 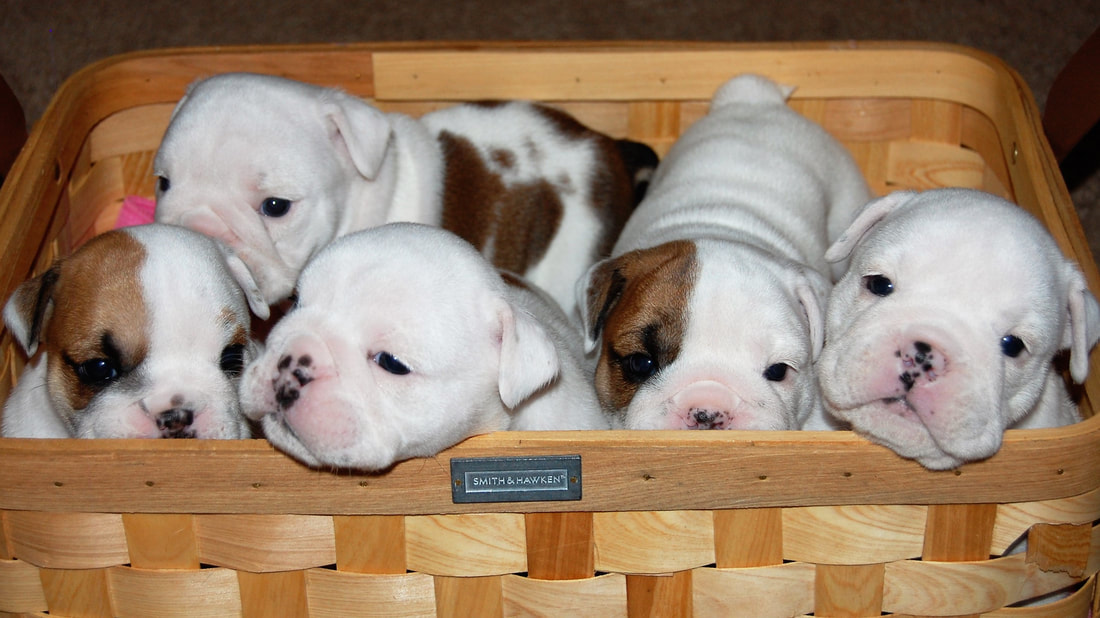 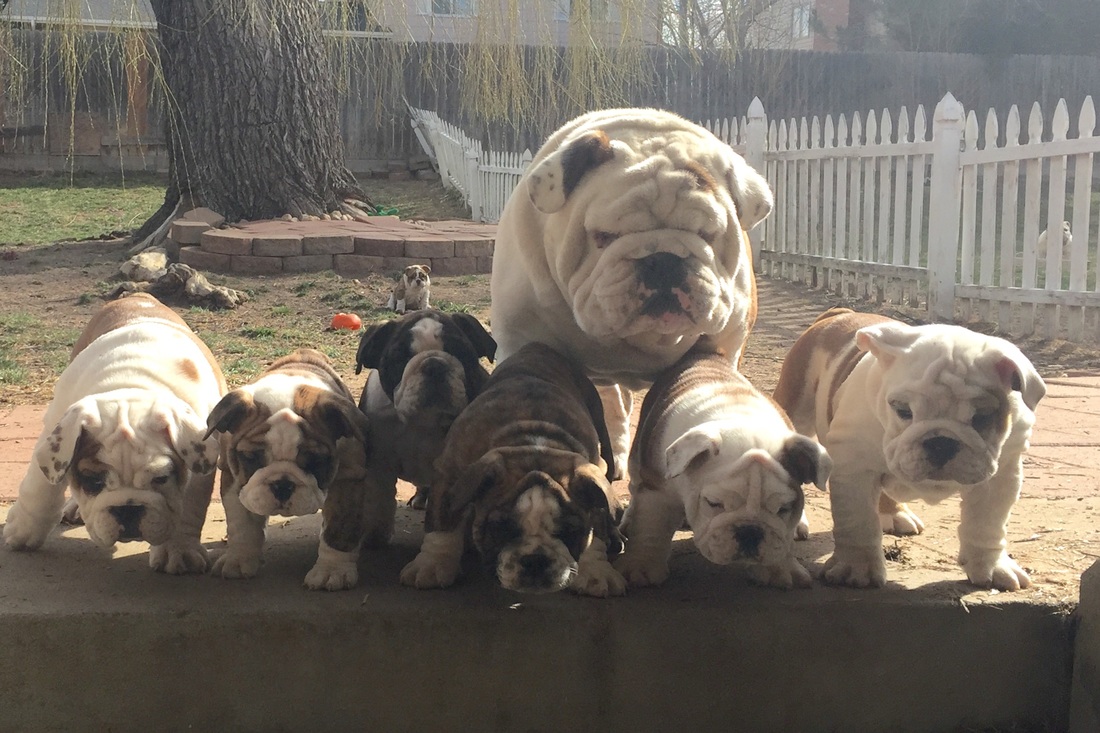 Burt and his crew 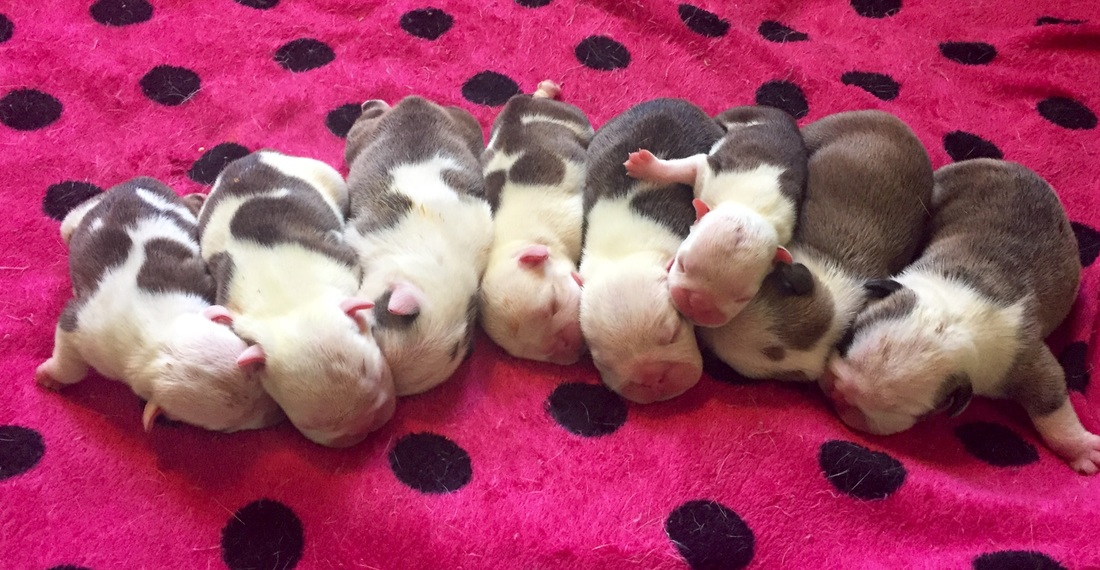 These beautiful puppies were born on 6/23/16 to Trevino's Priceless Pearl. There are five girls and three boys. 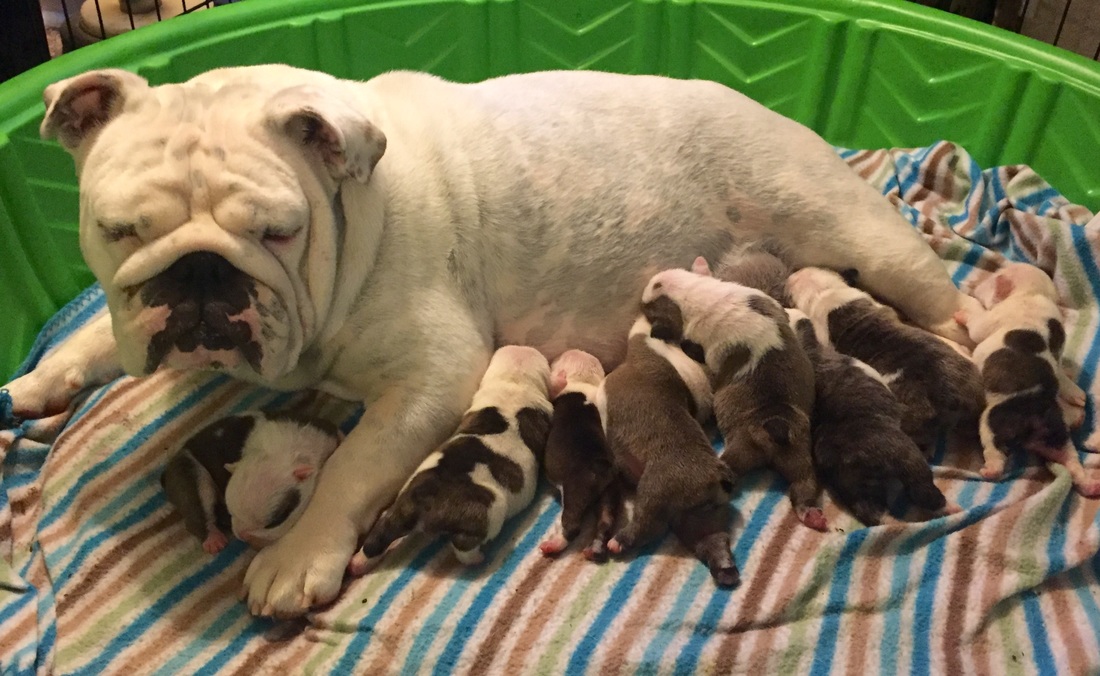 Seventeen puppies from two litters share some playtime. These were born 12/22/15 and 1/11/16. All have forever families now. 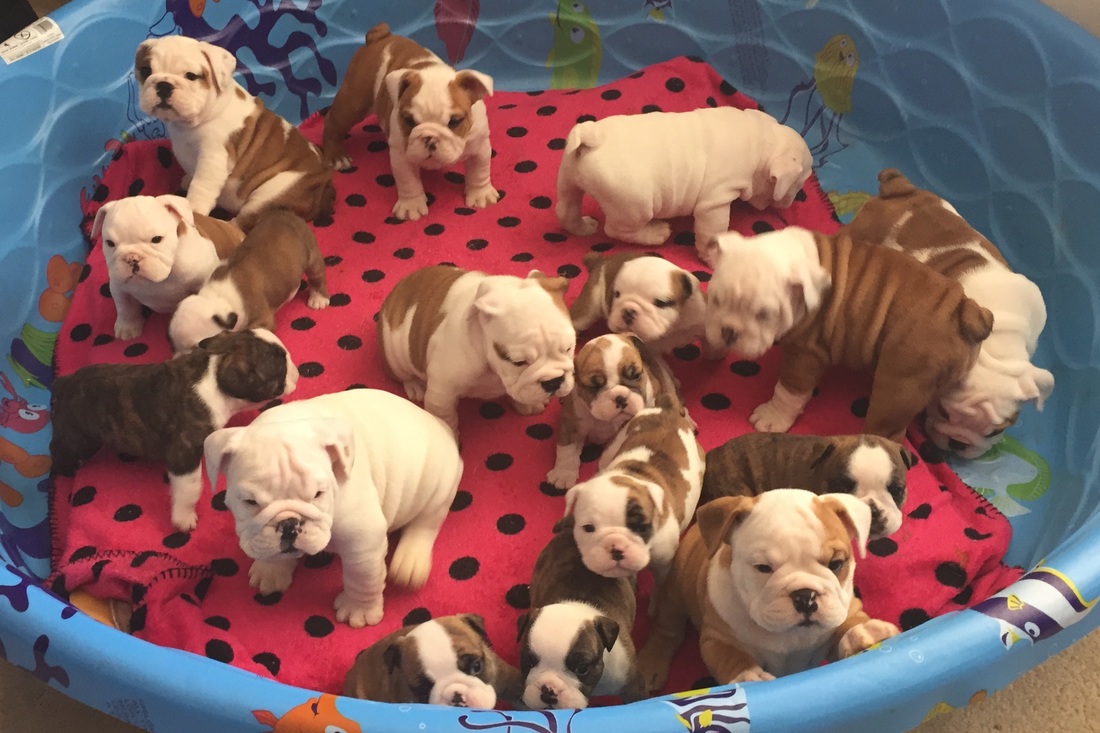 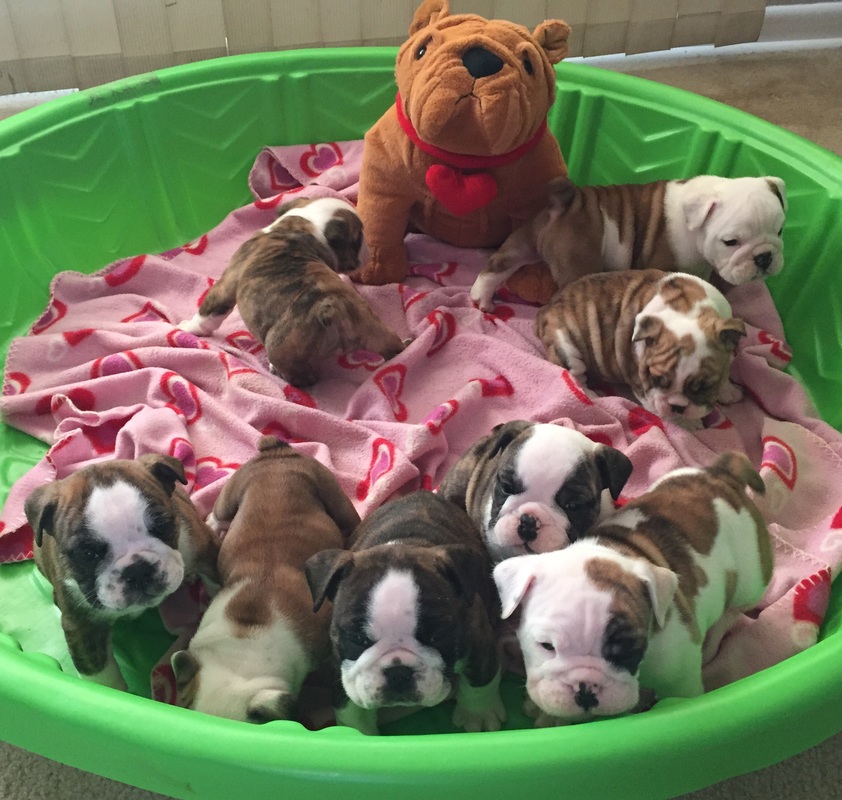 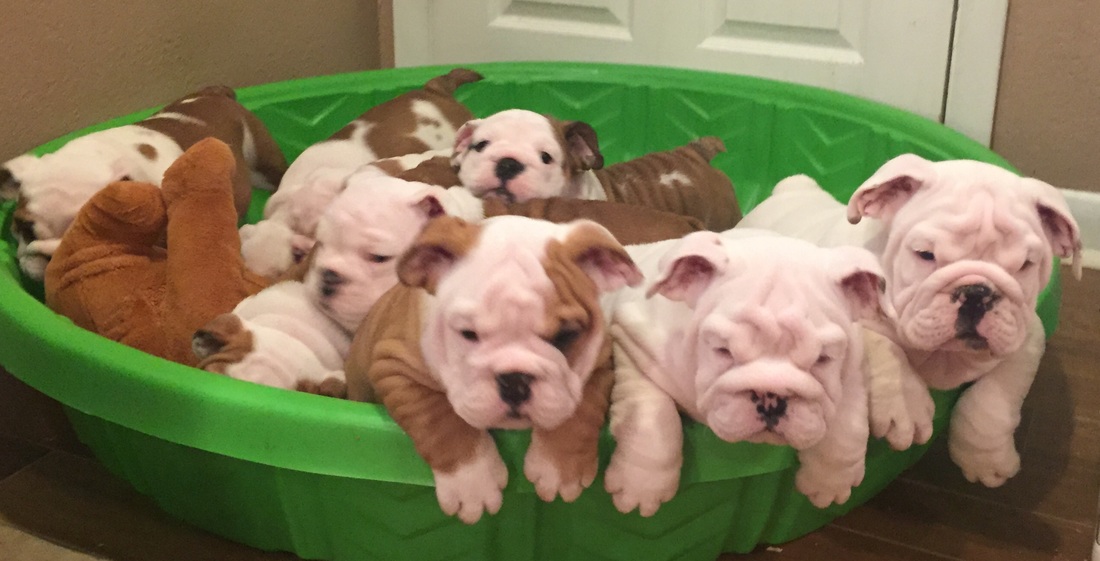 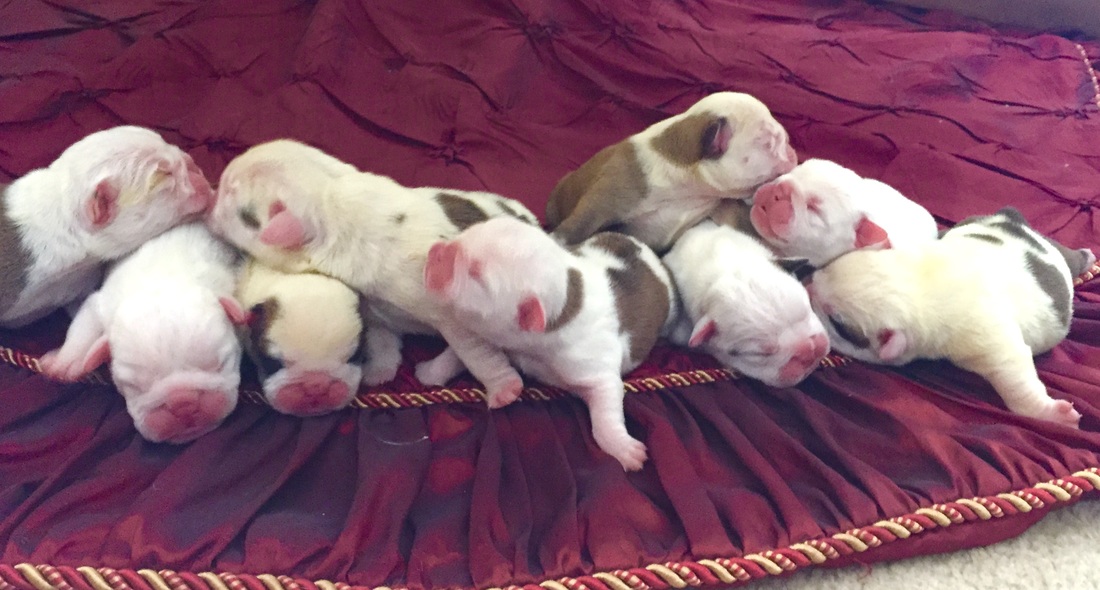 We are happy to announce that a litter of nine puppies was born to Ruby and Burt on December 22, 2015. Seven girls and two boys. More pictures to follow... 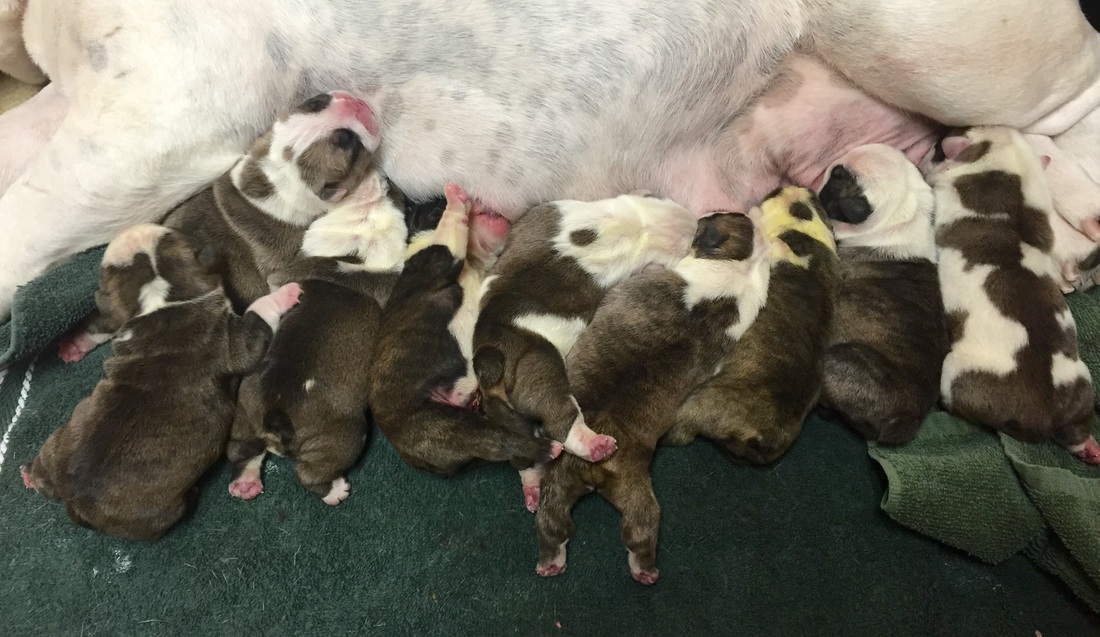 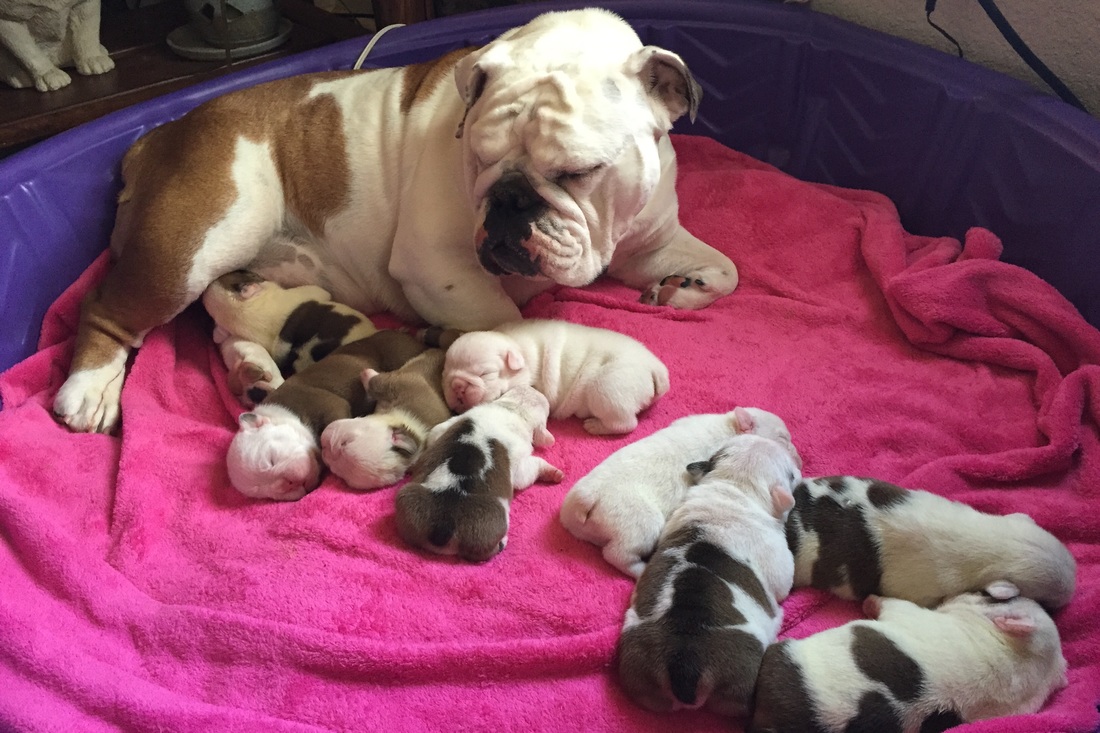 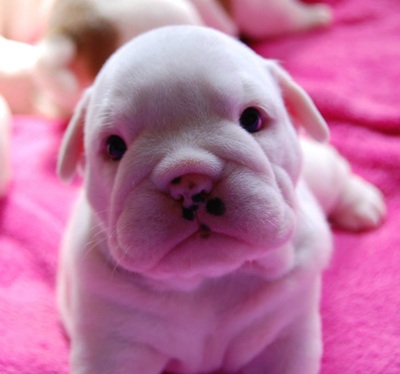 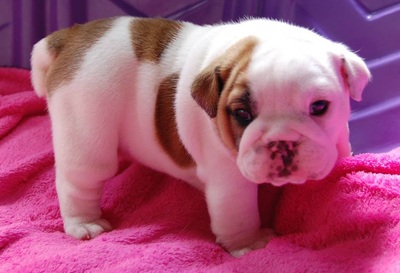 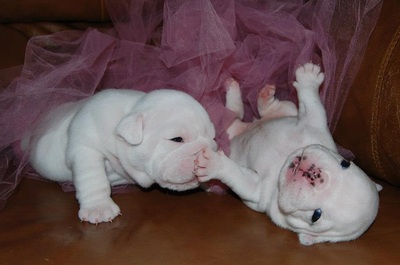 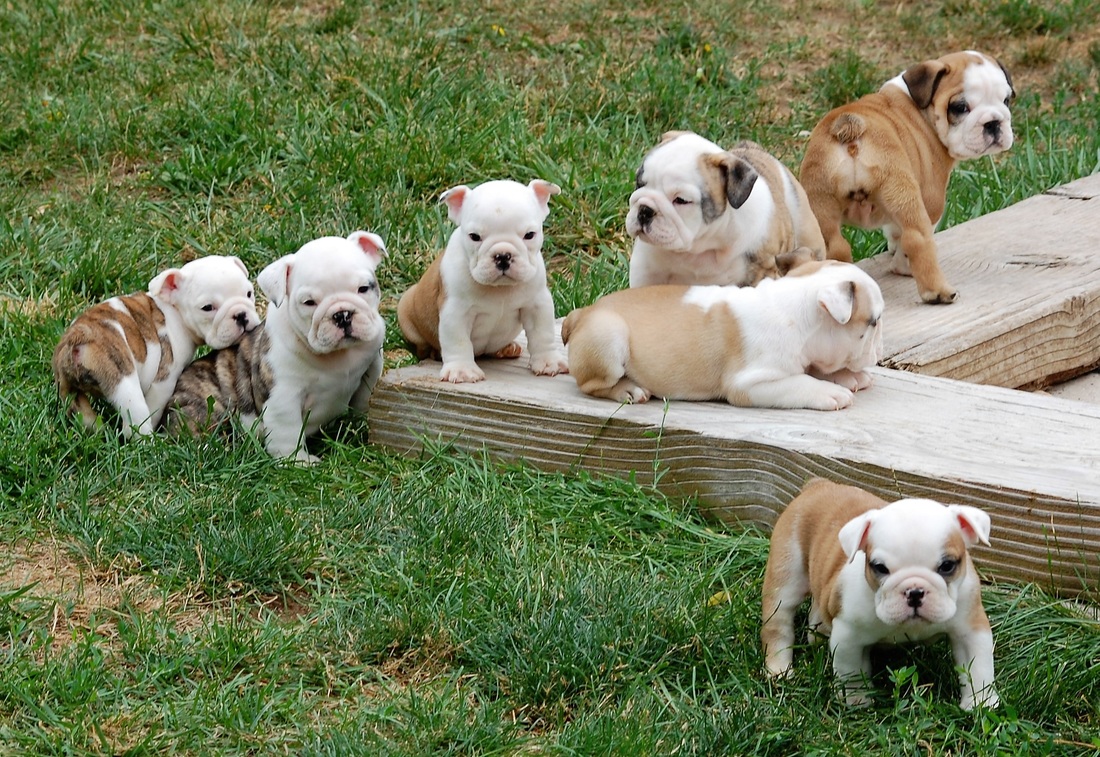 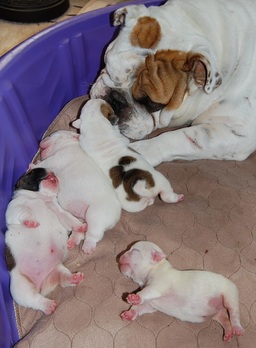 These puppies were born July 12th, 2014. There were four baby girls. They are doing great in their forever families, while one, Pearl, has stayed with us, and is doing well in the show ring.